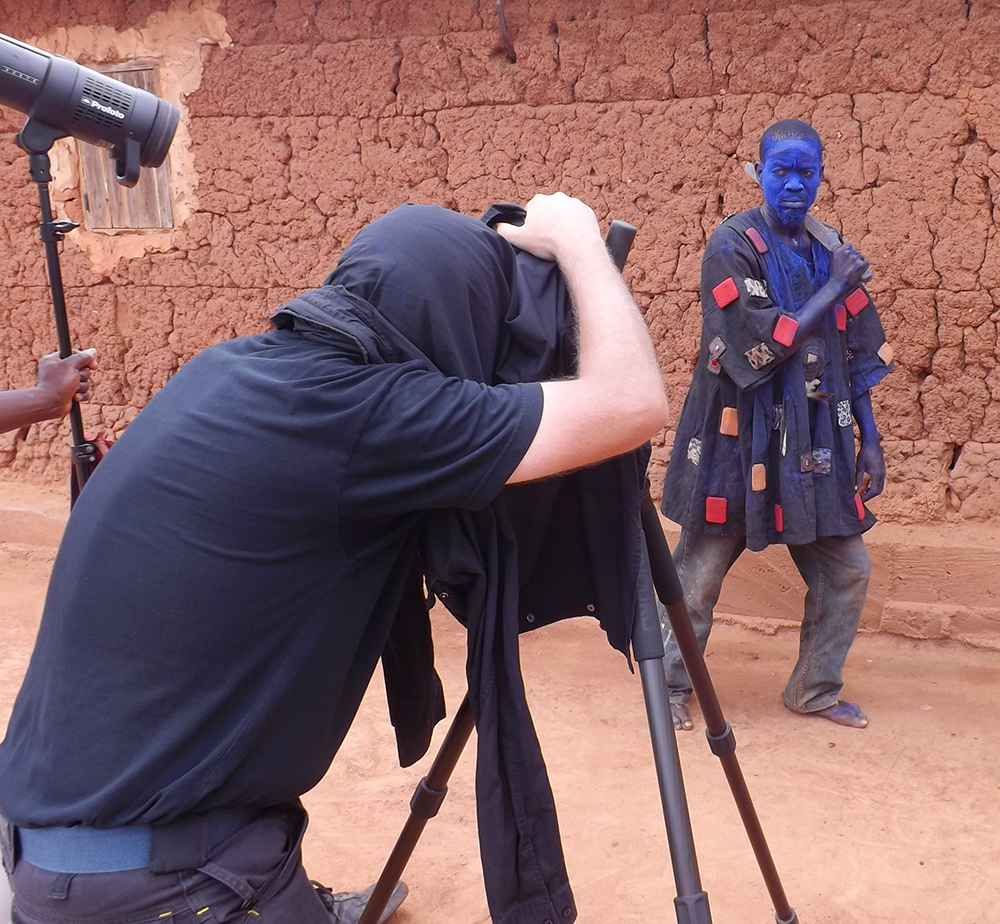 he ASAFO photographic series is now online. It was made this year in Togo, west Africa, with this traditional group of mercenary men, celebrating their voodoo ritual. In this very theatrical series, each member of this society is performing a character, like an actor. Connecting once again with the WILDER MANN series, ASAFO is the fourth series of Charles Fréger made in Africa, after HEREROS and HIMBAS (Namibia), UMWANA (Rwanda) and OUTREMER (Djibouti)
This series will be exhibited at Paris Photo﻿ fair from Nov 12 to 17, at the Grand Palais, with Kicken Berlin gallery (c23).