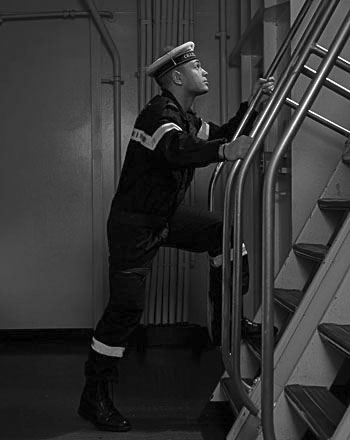 One month ago on the Charles De Gaulle Aircraft carrier. Next step of the Outremer project will probably be Nouvelle Caledonie Island where I’ll photograph more sailors, all around the question of exotism in the context of army and uniform. Comparing to what I’ve done in the past in the army in general, this series is much more related to the Merisotakoulu project (in the Finnish Naval Academy, where I could photograph the cadets standing on the frozen sea). The relation between the identity and the landscape, as a background, became very important for me.