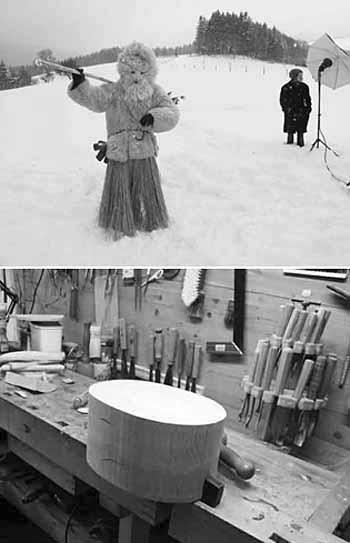 Most of my time in 2010 has been dedicated to the “Wilder Mann” series… I’ve been running from country to country, in Europe, to photograph our tribes. Was it a quest to find what’s wild down there. It all started by drinking too much “Primitivo” wine during the opening of one of my exhibitions. I decided to work on something primitive. Seems that wine made the right effect to me. So, I’ve been driving, eating some kilometers, from Poland to Greece… Bulgaria, Macedonia, Slovenia, Austria… and more; Next week in Spain and Portugal. And a book at the end of the year, if everything goes well. I’ve learnt a lot from this research and I’m now ready to also create some costume, being a bear myself. There should be a totem animal for me, a mix of bear, elephant and rhinoceros with a touch of mythology from the medusa. Anyway. Wilder mann series soon online and exhibited for real in a few months. More soon.