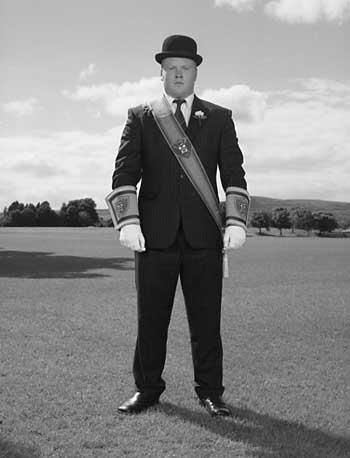 I’m still with my Portraits photographiques et Uniformes, no doubt. Here’s my last series, made in Northern Ireland, this summer. After a few years of discussion, I’ve finally been invited to visit the orange lodges of Belfast. That’s quite a complex story which needs to be seen also out of the usual Catholic/protestant antagonism. I’ve visited these lodges and followed the Orange parade in Belfast, the 12th of July. My series is divided in two chapters: THE LODGE, from where the parade is starting, and THE FIELD, where the parade is stopping. The series will be online next week. I was waiting to photograph this since I started to be a photographer. Done!