I will be back to Guatemala 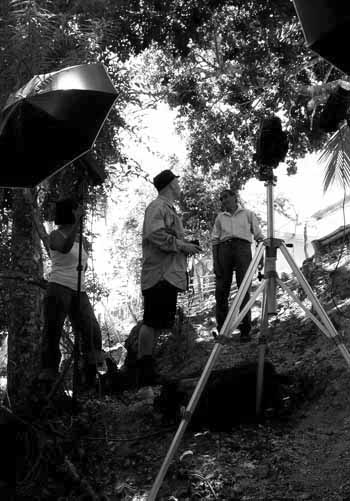 I will be back to Guatemala soon to finish my project with the Itza’ community. We expect to produce two books about the Itza’. One photographic book mainly based of portraits made in the Itza’ community and one book based on some translations of Itza’ text in Spanish and English. This project, leaded by the american/ french anthropologist Scott Atran (CNRS France, University of Michigan), the french/chilian linguist Ximena Lois and the french linguist Valentina Vapnarsky is part of a major research started in the Peten area in Guatemala in the early 80’s. Valentina and Ximena almost produced an Itza’ dictionnary and were then able to collect in the Itza’ language some old stories told by the elders of the community… The Itza empire was the last one to resist to the spanish conquerors in the 17th century… They were three millions of inhabitants at that time… Now, they are a few hundreds. With this important research, the Itza’ language is now almost saved. I photographed the last 30 elders of the community, able to talk the language (it was forbidden to talk the native languages during the dictature which almost killed the indian spirit) and to tell these original stories. Still, the situation is complicated and fragile… The young generation is more motivated by the new style of life and move to the city.