Just back from Kigali, Rwanda 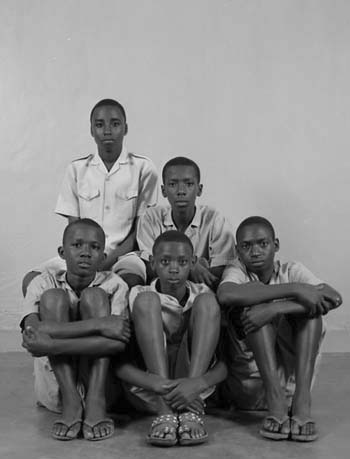 Just back from Kigali, Rwanda. I was working there for an ONG, for a photographic project whitch will be shown during the olympic games of Turin, Italy in 2006. I worked during a week with a group of children (Umwana) , all orphans, most of them HIV positive. The situation there still makes me trembling all over. The background and the politic situation sounds like a nightmare and doing a photographic series of portraits there can’t be exactly based on the same system. There’s some “pathos”, the situation of the environement, the personal situation of each child makes the photographic project absolutly different, more psychologic, much more fragile and sensible. I did my best but I feel that the main problem for a photographer like me there is the post-colonialism. Let’s say that it’s complicated to make a series of portrait without thinking of the 19th century and its patronizing anthropological photographic project where the “nigger” was considered like an animal. I made a workshop with 15 teenagers there. They made their own portraits with my heavy equipment, had good fun. At the end of the workshop, they asked me where i was coming from. “Paris”, I said. “Do you know what french did in our country?” they answered. Yes, I know.