Exhibition at the Fine Art Museum of Clermont-Ferrand 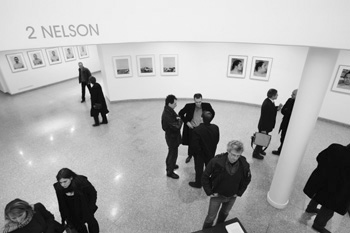 The Exhibition at the Fine Art Museum of Clermont-Ferrand was a good opportunity for me to show 3 series combining the idea of the question of the body in the community… In french, we talk about “un corps d’armée”, meaning that the group of soldier of the foreign legion constitute a real body… Each body of soldier being a part of this collective body… Two wreslters fighting sometime create that similar effect… becoming a strange animal moving… Each sumo wrestler is also a member of his community (Heya): The transformation of his body, being bigger and bigger is also the result of this collective effect. Being a member of that kind of group needs a total involvement of the person, and the modification of his visual aspect, threw the evolution of the body.