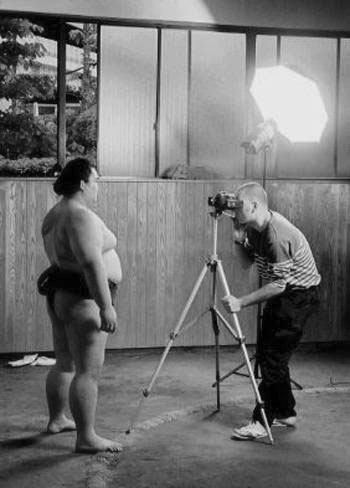 I’ve never had the opportunity to show to anybody this image made by Noriko Ehara during one of my Rikishi shooting. It was early in the morning, in 2002, during my second trip to Tokyo…After some long negociation, we found an agreement to get the permission to shoot a series in one of these heya… Being inside the sacred cercle was of course the only way for me to get a chance to really obtain an interesting portrait… Me inside – the rikishi somehow outside – Then, I’ve had the feeling I was a bit less the outsider, also if it was an illusion.